Fluxx v.5.0 Craving For A Game 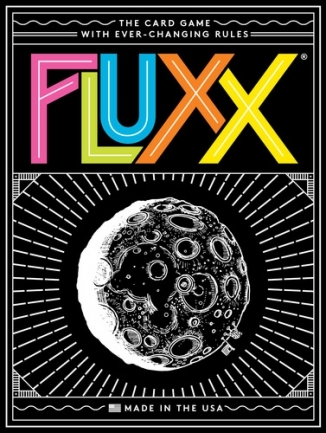 Fluxx is a game where the rules and goals changes throughout the game. Change goal cards to match your keepers or to prevent other players from winning. This new version has 100 cards.

Fluxx is a card game with ever changing rules and objectives. At the beginning of the game, the basic rule of the game is to draw one card and to play one card. As the game progress, there would be more and more rule cards played that modify the basic rule. For example, draw three cards, play two cards, and most cards you can have at the end of your turn is two. Action Cards are cards that you do what it says and then discard it. Keeper Cards are played in your play area and when your Keeper Cards matches the Goal Card then you win the game. However there could only be one Goal Card in play at one time. If a Goal Card is played, then the old one is discarded.

Fluxx is a quick (or really long) card game that is fun to play.